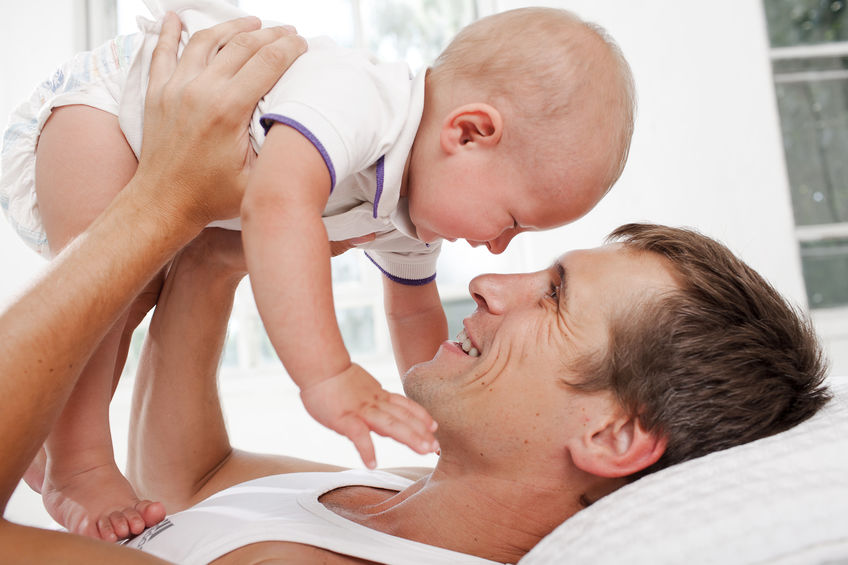 Optimizing your baby’s development is probably on your list as the kind of mother you want to be. Don’t be surprised if the inherent pressures that come with the role of  mothering make your highest priorities getting more sleep and ensuring your baby reaches his or her potential. As mothers, we feel the pressure to help our children grow into happy, well-adjusted kids who succeed in the classroom or on the sports field. As far away as that seems right now, we know that the early days hold the key to our children’s development later.

Significance of the early days

The day your baby is born he has come a long way from a single egg and sperm to a cluster of cells that has grown in a fertile environment for 9 months. What you ate, drank and felt in your pregnancy will contribute to the potential of this little life, but is it the next three years that will have the most dramatic effect on your child’s physical, mental and most importantly his emotional aptitudes in life.

The key to optimizing your baby’s development

The question of what determines developmental outcomes more: nature or nurture, comes up in most debates on childrearing. Some theorists believe that a baby’s genetic potential has the biggest influence on the way he develops; that genes dictate whether your baby will develop sporting prowess or academic success.

On the other hand, nurture theories propose that a baby’s genetic potential or nature has less of an effect than the family he is born into and the quality of the activities and interactions he has. Thus babies who have enriched environments will have enhanced development.

However current research is showing that more important than genes or enriched environments are the quality of the daily interactions. Your baby could have the genetic potential for academic brilliance plus an enriching daycare program but if the emotional context of his early interactions are not nurturing, he will never reach his full potential.

It could be misconstrued that sitting a baby in front of a video that has pictures of objects, Mozart music playing and words labeling each object will result in language connections forming. In reality, this is unlikely to result in language development as the connections in the brain are best developed in an emotional context. When a baby experiences a dog with his mom and has the excitement of mommy saying ‘dog’, helping him stroke it and laughing with mom as the dog licks his face, he learns the concept of ‘dog’ in an emotional context. In this case, his language develops rapidly and easily generalized.

This is one of the reasons that TV and videos are not beneficial for babies’ development, they simply don’t benefit from the non-emotional stimulation experience TV brings. If you are going to use the medium of television to entertain toddlers and teach your baby concepts, do it by sitting with him and discuss the content of the show. If the show is so mindless that there is no content to discuss, such as many cartoons, do not subject your baby to them. Research has shown that more goes on in our minds when we sleep than when we vacantly stare at a TV program.

Understanding the importance of the emotional context of learning will help us enhance all areas of our baby’s development.

At birth, babies are curled up and their first task by two months old is to uncurl and use their back muscles to hold up their necks and heads. By five to six months old, your baby begins to roll as his tummy muscles will have strengthened sufficiently to balance the back muscles and allow for rolling. Soon after six months, most babies are having such fun exploring their world that they are ready to use those strong back and tummy muscles to sit. This is a nutshell is how your baby develops his first few critical physical milestones. The milestone dates are still very flexible in the early days so do not be concerned if your baby is a little slower than another baby – by 18 months most babies are on a par physically.

In the first six months encourage your baby’s physical development by giving him lots of opportunities to play on his back and tummy on a mat. Avoid leaving your baby in his car seat unless you are traveling in the car. If your little one doesn’t enjoy being on his tummy to play, lay him facing you on your tummy so that he is encouraged to lift his head and look at you. Other exercises such as putting him under a mobile while he is happily awake is excellent for encouraging his arms, legs and tummy muscles to be activated to reach for or kick the mobiles.

As your baby speeds towards the six-month mark, you will be amazed at how well he puts the pieces together for herself by just being given the opportunities to develop his little muscles and harness his natural engagement with the world.

Although newborns sleep most of every day, mentally they begin to form the connections of recognition, memory, and language right from day one. Your baby’s alertness and his interest in the world play a big part in the development of intelligence. By six weeks your baby will be able to stay awake for longer periods happily and will start to smile and interact with you.

The amount you speak to your baby will have a direct bearing on his intelligence later. Speak about what you are doing or what you can see and your baby will benefit just from hearing you talk.

Playing games such as peek-a-boo is also great for developing your little one’s memory and the concept that something exists when it’s out of sight. Both memory and object permanence begin to develop in earnest in the second six months of life, based on the little games and interactions you have with your baby early on.

Balance is the name of the game

We know that activities such as some of those mentioned here are important for enhancing your baby’s physical and mental development but it is also vitally important not to lose sight of the more subtle areas of development and the balance that we need to create when stimulating our babies.

Overstimulation is a trap many parents fall into when faced with the pressure of stimulating their baby. An over-stimulated baby tends to be fussier and may have difficulty falling asleep. Frequently these overscheduled, hyper parented children battle to play independently later and are more needy children in general. To avoid over stimulating your baby, make sure you balance all the wonderful stimulation activities with calming routines, such as reading books quietly, regular sleep times and also times when you just leave your baby to potter around exploring his environment within safe boundaries.

Knowing that EQ (emotional intelligence) has a greater bearing on success in life than IQ, we need to ensure that emotional milestones are also a focus of our parenting strategies.

The first major emotional milestone of infancy is to be able to remain calm and begin to regulate the cycles of sleep and hunger (Greenspan). Initially, babies need to feed regularly and this disturbs their sleep. Within a few weeks, you will begin to be able to read your baby’s signals and guide him into a flexible routine, thus assisting him to start to regulate the basic functions of hunger and sleep. Sleep is important because a well-rested baby benefits more from enriching stimulation.

Between two and seven months, your baby will have attained the second emotional milestone: the important task of attaching significance to the primary caregiver. This attachment is very important as it forms the basis for trust and relationships in childhood and later.

Attachment is not based on an ideal birth situation or idyllic first three months. Babies who are separated from their mothers at birth and those who are adopted later still achieve wonderful bonding and attachment if nurtured sensitively. The key factor in attachment is how you read your baby’s signals and the way in which you respond to meet his physical and emotional needs.

The responsibility of mothering overwhelms the best of us at times and there are those days when just feeding our babies feels like an insurmountable task, never mind ensuring their optimal development. In these moments it’s important to remember that our best moments as parents are those when we are human and are good-enough, not brilliant. 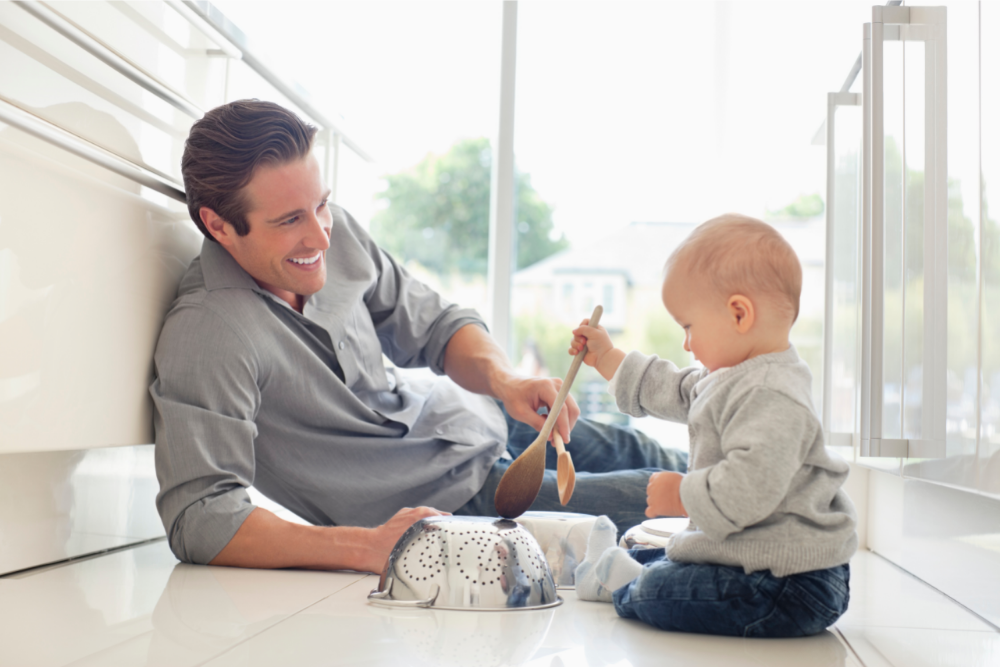 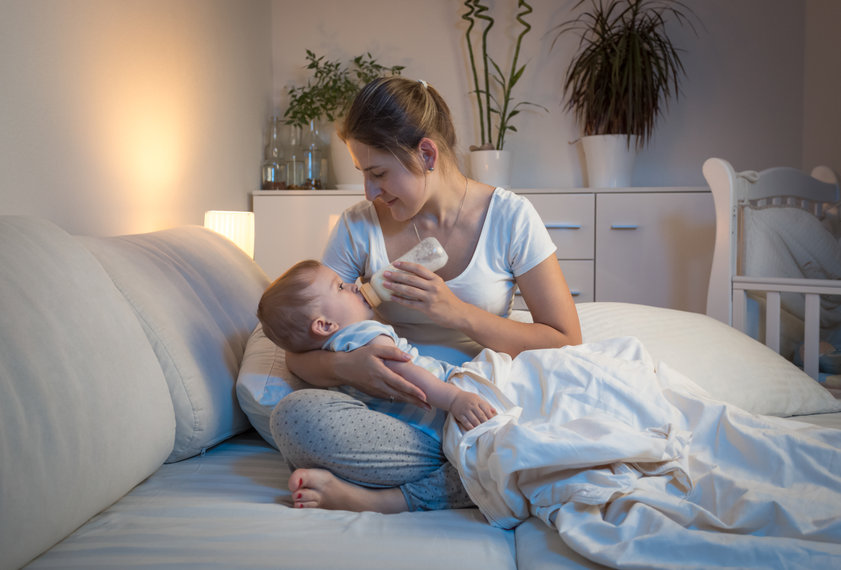 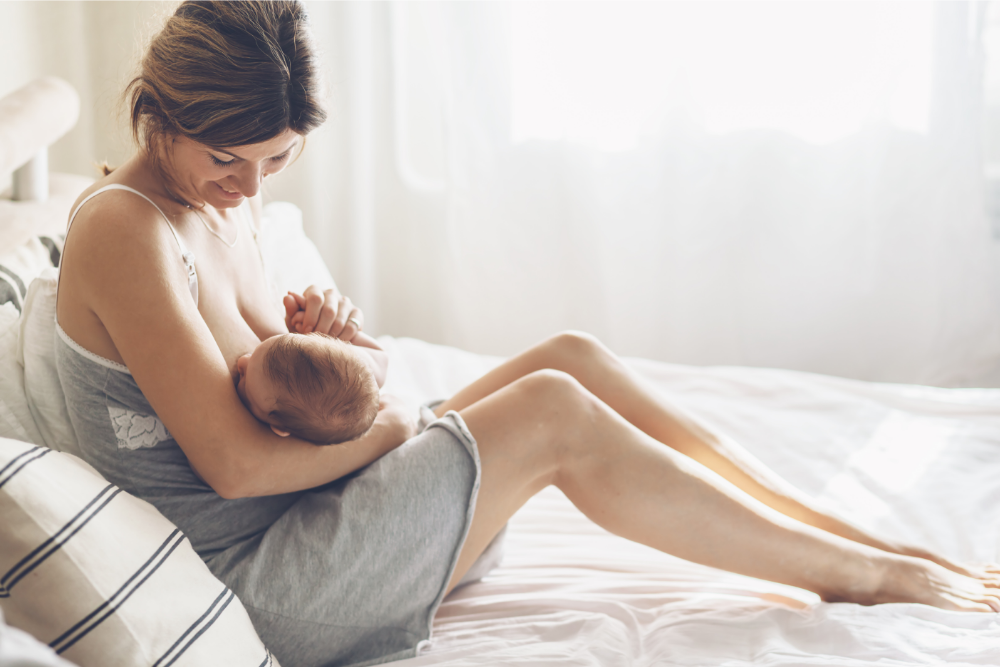