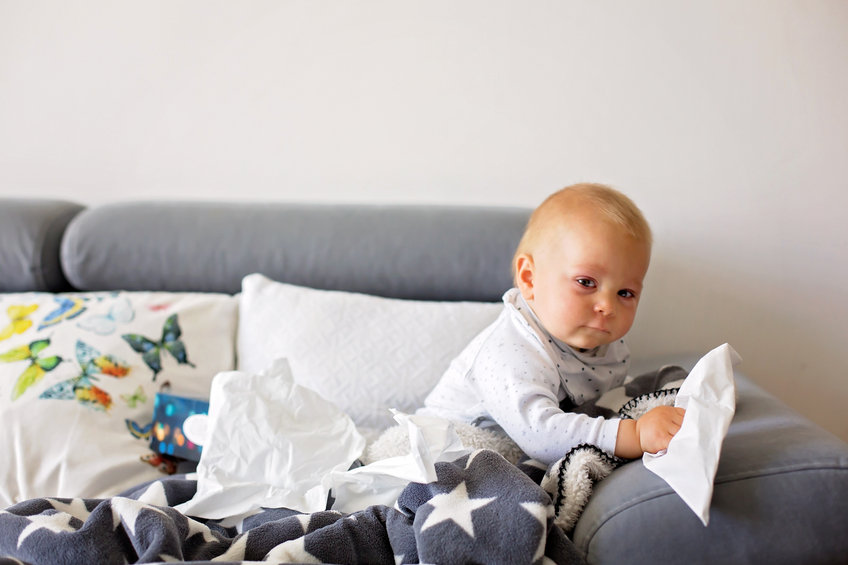 Sinusitis and hay fever aren’t nice at any age, but especially for your infant or toddler. Let’s take a look at everything you need to know about these two common ailments.

Sinusitis is a blocked nose with thick mucous that lasts for more than 7 days and is usually accompanied by a fever. This occurs because the drainage tubes from the sinuses are blocked by the congested nose. If the nose is blocked then the sinuses will be blocked and the normal mucous that is produced in our nose and sinuses does not drain properly. The fluid collects in the sinuses and leads to congestion, pain in the face, a blocked nose, fever and infection.

Aside from not being able to breathe while feeding, your baby will also have a loss of appetite due to the fever and generally feeling unwell.

The treatment is to clear the congestion by flushing the nose with sterile saline solutions and then to use nasal drops or sprays that contain cortisone. Antibiotics are necessary if there is fever and pain.

When to call the doctor

If your child is still sick after 48 hours on treatment of if his eyes and the eyelids start to become puffy and red it is necessary to see the doctor again.

Hay fever is correctly known as Allergic Rhinitis, which is an allergic condition that causes:

The sneezy, runny itchy nose happens quickly when we are exposed to something to which we are allergic, like grass or cats or dogs. The nasal blockage and thick discharge happens a few hours later. It is important to note that there is no fever and no feeling of being acutely ill.

If this condition is not diagnosed and treated properly it leads to chronic blockage of the nose and causes:

This chronic nasal blockage and sinus congestion causes specific features on the face.

When to call the doctor

There are a number a different combinations of medication to treat this so if the medication is not working, call your doctor. 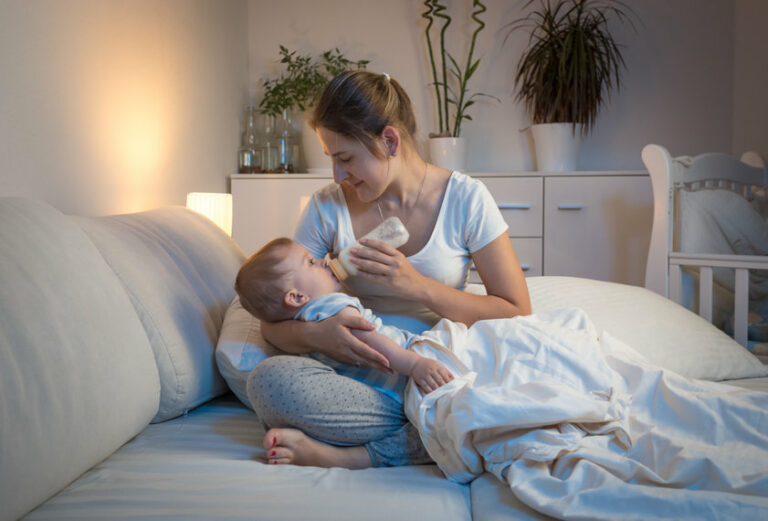